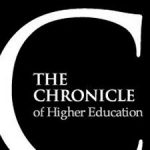 Pell Grants for the incarcerated.

The political tide is turning on “Pell Grants for prisoners.”

A bipartisan groundswell is emerging to reverse the 25-year-old ban on allowing incarcerated people to receive support from the key student-aid program. A bill in Congress, the Restoring Education and Learning Act, has gained cosponsors from both parties. Higher-education leaders and justice-reform organizations support an end to the ban, while the U.S. secretary of education, Betsy DeVos, is also championing the idea.

Even the language around the issue is changing. That curt description, “Pell Grants for prisoners,” which I remember so well from the 1990s, with all its derisive connotations, is rarely used today. The term of choice these days is “second-chance Pell.” That’s also the name of an experiment, begun by the Obama administration, that now involves 64 colleges offering college-level courses in prisons to more than 10,000 inmates. DeVos intends to expand that experiment and wants to make it  permanent. That a Trump official would stand behind any Obama-era higher-ed program, much less embrace its name, speaks volumes about the appeal of this issue.

Having followed this topic even before 1994, when Congress banned the use of Pell Grants for people in prison, I’m heartened by the turnaround in attitudes, but a little wary of all the enthusiasm, too.

When I wrote about those issues 28 years ago, one expert I spoke with was Stephen J. Steurer, then executive director of the Correctional Education Association and statewide coordinator for corrections education in Maryland. Back then, he too noticed the trends, and warned that if states and institutions started “fudging around with the original intent of a Pell Grant,” Congress or the Department of Education would try to eliminate prisoners from the program. As it turned out, Congress did just that three years later, although the rationale was primarily the “tough-on-crime” political ethos that brought the 1994 crime bill into law.

I wondered what had kept him so engaged with the issue of education for inmates all these years. His answer was short and direct: “I saw people who changed.”