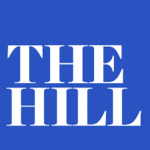 Newly confirmed Secretary of Education Miguel Cardona made some appealing promises during his confirmation hearing: Namely, that he would prioritize closing equity gaps and making education more attainable for all students. One of the most immediate ways he can accomplish this goal is by making sure that Pell Grant eligibility for incarcerated students is implemented as promptly as possible before the 2023 deadline. Students who are eager to make a better life for themselves and their families are relying on him to help put the ban on Pell Grants for incarcerated people in the past. Congress did its part by formally lifting the ban in late December, and it’s now up to Cardona and his staff to focus on implementation.

It’s important to understand how exactly the reversal of this 26-year-old ban will change lives. The Vera Institute of Justice, along with the Georgetown Center on Poverty and Inequality, found in a 2019 report that lifting the ban will increase employment among formerly incarcerated people by 10 percent, on average. Researchers also found that reduced recidivism rates will save states a combined $365.8 million a year as a result of fewer people returning to prison. At a time when many state and municipal budgets are squeezed due to the COVID-19 pandemic’s disastrous effect on the economy, these cost savings will be extremely critical.

It is those who have been directly impacted by the Pell ban and who courageously stepped forward to share their personal stories with others who deserve to be celebrated as the real champions of this policy win. People like Boris Franklin, who spent 11 years incarcerated in the New Jersey prison system. Boris was fortunate to have access to the state-funded NJ-STEP program, which allowed him to pursue his degree in sociology from Rutgers University while behind bars and eventually obtain a job where he continues to push for criminal justice reform at the local, state and federal levels.

By: Nick Turner is president and director of the nonprofit Vera Institute of Justice in New York, which was created in 1961 to collaborate with government, civic leaders and communities impacted by the criminal legal and immigration systems to implement change. Follow him on Twitter @NickTurner718.